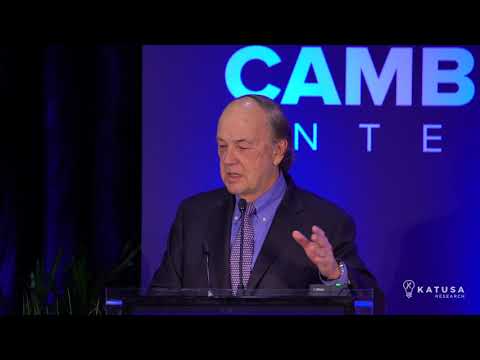 Why Bitcoin is Superior to Gold

Why bitcoin is better than gold

About 3.5 years ago I submitted my first post to reddit https://www.reddit.com/Bitcoin/comments/18hidg/why_bitcoin_is_better_than_gold/
Since then I have revised some of my thoughts and decided to rewrite this in a more concise way hopefully.
Reason 1
With bitcoin it is possible to offer proof of reserves.


"I am attesting to [...] the root hash of a merkle tree containing all balances that were considered in the audit. If you are a customer of Kraken, you'll be able to verify using open-source tools that your balance at the time of the audit is part of this root hash. If it is and if you believe that I am trustworthy, then you can be confident that your balance was covered by 100% reserves at the time of the audit."


With gold there is more trust involved because such proofs are not possible in the same way. link
Reason 2
The supply of bitcoins is more predictable and known. While there are probably pretty accurate estimations for how much gold exists above and below ground... when it comes down to it, mining an asteroid could drastically alter the "rarity" property of gold.
Reason 3
The storage of bitcoin is far more versatile than gold. Bitcoin can be secured to be as safe as gold or even more safe (or less) . For instance you can't steal gold through a picture. But if you put up a photo of your private key it could be taken rather quickly if uploaded to the internet. On the flipside, you could break up your private key into n of M pieces. Lets say 4 out of 6. That means that there are 6 pieces and only 4 are required for reassembling the key. You could then store 1 in a safe in your house, 1 in a bank in one country, 1 in a bank in another country, 1 buried somewhere, 1 in your mind, 1 at a relatives house. As long as you could acquire 4 of them you could reassemble the key. The possibilities just expand from there. When speaking of storage it is also worth mentioning that costs associated with storing bitcoin should be much less than gold since gold is large, heavy and must always be physically guarded somehow. This should reduce storage costs which are also important considering that a lot of people invest long term.
Reason 4
Transfer. Bitcoin has a built in payment network and this makes its transfer easier, cheaper. If gold is meant as wealth protection and your particular country has capital controls in place it may not be so easy to transport it across the border. We can all agree capital controls are bad right? Here is a recent article about how someone was caught bringing 18 bars of gold across a border. With bitcoin this isn't really a problem since you can store it in your mind. Deterministic wallets allow you to create a seed that can restore multiple keys. For instance my mycelium wallet on my phone has a 12 word phrase that can restore my bitcoins. I could destroy my phone, leave the country, find another android phone in a different country, download mycelium, and restore all the bitcoin I had from the new phone just by typing in those 12 words. The fact that this "payment network" is built in also creates other beneficial scenarios where merchants and people in general are more likely to accept bitcoin as payment. I remember watching a video recently where someone actually tried to sell an ounce of gold for much cheaper than it was worth and normal people wouldn't even accept it.
Reason 5
There is one other big issue that I don't see mentioned often. If you combine some of the superior attributes of bitcoin... take reason 1, 2 , 3 and 4.. it results in a much more possibly honest value for bitoin than gold could achieve.
From The New Case For Gold by James Rickards :


"Investors should understand that there's a physical gold market and a paper gold market. The paper gold market consists of a number of contracts: COMEX futures, exchange traded funds (ETFs), gold swaps, gold leasing, forward contracts, and so-called unallocated gold issued by London Bullion Market Association banks. Those derivatives--futures, swaps, ETFs, leasing, forwards and unallocated gold--form the paper gold market.
The paper market could easily be one hundred times the size of the physical market. This means that for every hundred people who think they own gold, ninety-nine of them are wrong. Only one of them is going to get physical gold when the panic begins"


Because bitcoin is so easily transferred, because there is no large associated cost with the acquirement of it due to shipping and all the losses that involves, and because over time it gets easier to use and store in a secure way and how people are more likely to actually have it than simply have a piece of paper that says they have it... we probably won't see the same problem in the future where there will be a "fake bitcoin" market that dwarfs the actual bitcoins that exist. This means its value.... if it starts to etch into golds market could be far higher than some people calculate based on the simple rarity of gold in proportion to its value.

Bitcoin Service Stock James Rickards Bitcoin Bitcoin Naira Exchange For Cma Will Bitcoin Go Up Anymore This Year Bitcoin Core Wallet Connecting To Peers. Last updated: 2020-10-08 16:45:58. is bitcoin still profitable: coinbase bitcoin gold hard fork: bitcoin bubble mises: coinbase bitcoin segwit fork policy : bitcoin cash in us dollar: china bitcoin 2016: bitcoin rbf: how to invest in bitcoin ... james rickards is trying to fit bitcoin into his traditional mold. Sorry james, Bitcoin is something entirely novel that you don't understand yet. level 1. 3 points · 2 years ago. james is a kook ...i've dealt with him on multiple occasions. a normie goldbug that doesn't understand bitcoin. level 1. 3 points · 2 years ago. real estate is already disgustingly overpriced in most major american ... According to James Rickards, the author of the bestselling book “Currency Wars,” any currency in the history of money is backed by trust, the same goes for cryptocurrencies. In the Bitcoin community, this trust is called consensus. Bitcoin’s value also stems from its network effect: the more participants, the higher the price. Remaining ... Rickards claims this random cryptocurrency is expected to rise 3 million percent – the same as bitcoin. That would turn a $100 investment into $2.7 million. In fact, Rickards’ is selling his email subscription with a special 1000% profits guarantee attached. Obviously, there are plenty of “hot tips” crypto newsletters available online. NY Times best selling author, economist, lawyer, banker, traveller on 6 continents, hedge funds, CIA

Jim Rickards: Next Financial Panic Will Be the Biggest of All (Part 1)